Junk DNA: Unlocking the Hidden Secrets of Your DNA

Joseph Scogna, Jr printed his original DNA book The Origins of Genetic Behavior in 1985.  Although the first printed manuscript was not quite complete, it was filled with valuable information for mankind.

In the years since then, scientists worldwide have been exploring and making discoveries in DNA, which holds genetic information.  Is Joe’s work still valid?

The gene, to a biologist or chemist, is the functional and physical unit of heredity.  It carries information from one generation to the next in a direct line.  Skin, hair and eye color, height, and some diseases are examples of the carried information.

Some say that human DNA is like a biological Internet.  However, according to Russian scientists, only 2% of our DNA is physical or biological.  Building proteins and for tracking crime scene information is only using 2%. 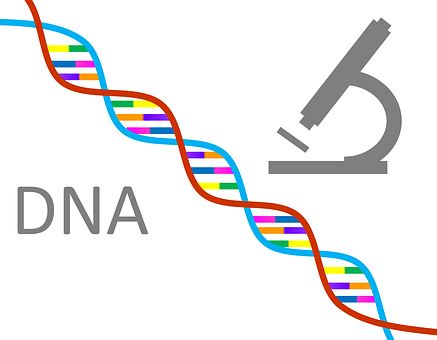 What of the remaining 98%?  According to scientists in the lab, this is filler, some sort of genetic gibberish.  Even Francis Crick (co-discoverer of the double helical structure) stated it was “little better than junk” and the name has stuck.

In 2003, scientists were claiming that all the DNA had been coded.   However, they are now admitting that most of the DNA material they are encountering is unknown.   It cannot be coded because it is unknown and therefore no more money to be made with this unknown substance.   It is tossed into the category labeled “junk” because modern science lacks understanding or cannot see it with current instruments.  However, on the other side of the world, the Russians are moving ahead with their own research on this unknown category.  The hidden 98%.

The information in this book is timely and timeless; a celebration of that hidden 98% because deep inside, we know the truth, there is no junk DNA.  There is no genetic gibberish.

Human DNA is so much more than a biological Internet!  Joe Scogna lectured and wrote about DNA-RNA in his teachings and books.  He wrote of the connections between the elements, genetics, the holistic human being, and the Self Awareness Formula (SAF) chain sequence.

In the early 1980s, Joe was creating his own computing system.  He was very familiar with computer science and its programming aspects, ROM (Read-Only Memory) and RAM.  He nicknamed part of the DNA our RAM chip, the Random Access Memory chip we all have and can learn to access.

In 1984, he wrote:  “To a chemist, DNA is very rigid.  The DNA addressed with SAF is assessable through very intense mental and spiritual conditioning”.

The rigidity that Joe pointed out is the purely physical structure that can be seen and mapped with instruments.  The DNA that Joe embraced and wrote about was not just the physical DNA but rather the holistic DNA, the body, mind and spirit DNA of humankind and all life energy forms, all of this stored in our very own RAM chip.

When understood this context, the entire composition, and view of DNA changes.  We can see our children and grandchildren acting out the inherited personality traits, our own emotional traumas and the emotional upsets and behavior patterns of our parents.  We also have genetic plans and blueprints we have been bequeathed from ages past to understand and process.  Yes, we can change and alter our DNA in so many ways, by our own environment and our adventures and misadventures in life.

“The actions of the DNA and RNA are necessary to put the whole system into operation.  The specific fluids that surround the DNA are in precise quantities, which can be translated by a crystalline mirror-like structure, like a laser beam, throughout the entire system.  Thus the passages of processes, whether these are electrical, electrochemical or purely chemical, can follow a precisely mirrored blueprint”.

What is the language of DNA in the crystalline structures that acts much like a laser beam?  The vibration of sonic waves.  Frequencies.  This process is a multi-way communication line, in and out, so that we have input as well:  words read, spoken or sung; thoughts; emotions and other “emotional radiation”; as well as involving telepathic messages from a distance.

Taken from the Foreword of Junk DNA: Unlocking the Hidden Secrets of Your DNA